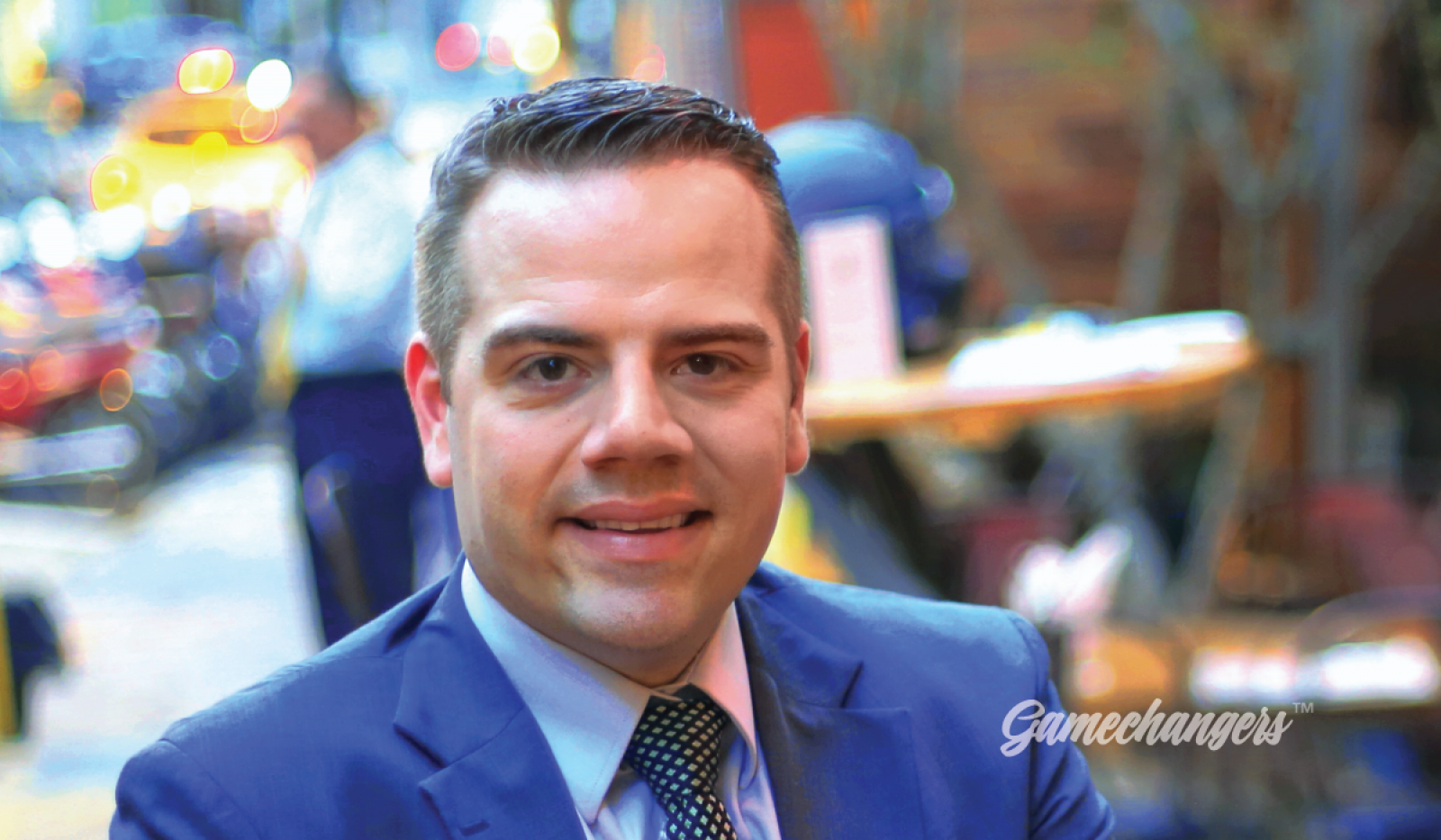 THE CHAIRMAN OF THE BOARD OF THE PRUDENT INVESTMENT FUND, DENNIS KLEMMING, IS SHARING HIS THOUGHTS AND INSIGHTS ON PRUDENT, THE INVESTMENT CLIMATE AND THE STATE OF THE FUND MANAGEMENT INDUSTRY ON RECEIPT OF THE ACQ MAGAZINE GAMECHANGER OF THE YEAR AWARD.

The Prudent Group offers international investors the possibility of meaningful investment returns in its Brazilian short term corporate credit business. We run regulated funds in both Luxembourg and in São Paulo, Brazil to achieve this end. Prudent focuses on providing receivables financing to small and medium sized corporations in Brazil. We finance a broad range of companies mainly in non-cyclical businesses. Our aim is to create long-term mutually beneficial relationships with our Borrowers and we, furthermore, strive to protect the investments with credit insurance when feasible.

Prudent is clearly not a hedge fund in the traditional sense as we solely invest in self-generated receivables. The operational side of the business is run out of two offices in São Paulo and one in Porto Alegre. Needless to say, the staff is key to our success as lending is a people intensive business. We have had the good fortune to be able to utilise the massive Brazilian economic slump to lure over highly seasoned professionals when building the Prudent teams. Most of our Senior Executives have more than

30 years of industry experience and they bring a wealth of industry knowledge, vast contact networks and good eyes for sensible transactions.

The sordid state of the Brazilian economy the latest two years has also made it possible to make Prudent “the first call” for our Borrowers. The Borrowers are increasingly pleased with our speedy and efficient credit decisions. Our long-term approach is also highly appreciated. Many of the Borrowers have formed business alliances with our staff members dating back some 10-20 years.

We have, furthermore, used our relative strength as a Lender since the start of the economic slump to invest heavily in information technology in order to cement the relationships with Borrowers and their Buyers, our Payees.

We now have direct interfaces with the Accounts Payable systems with many of our largest Payees in Brazil enabling Prudent to avoid the risk of collusion between the Borrower and the Payee These IT advances also lessens the need to add more staff as the lending activities grow as we attract more investors. Given that we have no leverage anywhere there is a direct relationship between the size of the receivables portfolio in Brazil and the Fund in Luxembourg.

This push for the creation of proprietary financial technology solutions also made it possible for Prudent to enter into the extremely profitable and swiftly growing Brazilian credit card receivables arena. We did in less than six months create our own echo-system of card terminals, processing and receivables discounting in which we are creating a possibility for the Merchants to get

rid of their banks. The business is spun off in a separate regulated Brazilian FIDC named SCF in which the Luxembourg SICAV SIF, the Prudent

Investment Fund, is the sole investor. This speedily growing business is described in more detail on the next page.

While the business is growing steadily in Brazil, we within Prudent are facing serious head-winds from the massive regulatory red-tape which is stifling innovation and sound business development in the whole OECD.

From a macro economic perspective, we within Prudent are scratching our heads when noticing that world markets are sailing on to new highs in almost every asset class. There are many examples of economic and political imbalances in the world not to mention the open conflicts in Ukraine, Iraq, Syria, the Gulf, Yemen and in Libya. The nuclear saber rattling between North Korea and the USA is also extremely unsettling. Given this back-drop Brazil seems to be forgotten by the international investment community. We are hoping that our solid risk-adjusted returns will soon be in vogue again after the rather bizarre investment environment during the last couple of years in which the sheer size of the AuM has been the dominant reason for making investment decisions.

We are hoping and praying that the awards from ACQ will be recognised by potential investors considering to commit some Prudent investment capital. We have all worked extremely hard since inception to create a ground breaking vehicle for international investors into the highly lucrative Brazilian Capital Markets. To my knowledge the Prudent Investment Fund is the only European regulated investment vehicle into the receivables market in Brazil.

FRANCISCO CANEDO NETO FROM THE INTERNATIONAL FUND MANAGEMENT FIRM OF THE YEAR (LATAM FOCUSED), THE PRUDENT GROUP, IS PROVIDING AN OVERVIEW OF THE BRAZILIAN CARD MARKET IN GENERAL AND THE SCF CARD BUSINESS IN PARTICULAR.

The Prudent Group discovered the credit card receivables market in 2015 while intensively working on the development of proprietary systems to automate the regular receivables discounting business as described on the previous page. The credit card business is highly automated and is only based on transactions initiated with a PIN. Therefore, it is possible to insure the receivables purchase against default. Francisco Canedo Neto who was serving as the Prudent Chief Financial Officer of Prudent at the time, has vast experience of running receivables businesses with credit insurance. Jon Malmsäter is the person within the Prudent Group who has most experience from interest in and insight into developing IT based financial companies. Therefore, it was a natural step for them to take the lead in spinning off the fledgling credit card operation into a separate company, SCF Brazil in 2016.

SCF has since then created its own echo-system for credit card receivables discounting in the vast Brazilian market. Brazil is the largest card acquiring market in Latin America, with a total of 1.1 Trillion BRL in card sales in 2016. 60 % of this total volume of purchases was made with credit cards. The two main card brands are Visa with 43 % of the market and MasterCard controlling a 32 % market share.

The average transaction size for a Brazilian credit card is BRL124 and the same statistic for debit cards is BRL 64. Given these small ticket sizes the credit card discounting is automatically creating a vastly diversified portfolio with a large number of individual transactions. Despite the deep depression of the Brazilian economy the last few years, the total credit card spending growth was seven per cent in 2016 compared to 2015 and the first quarter of 2017 saw a five per cent rise over the same period in the previous year. The reason for this growth is that more and more people have access to banking. The room for growth in the Brazilian card business in general and for SCF in particular is quite phenomenal as still only 60 % of all employees in Brazil have bank accounts.

It is easy to forecast that these large growth numbers are going to continue as more and more Brazilians have access to banking and as the economy in general returns to expansion.

Presently, the average Brazilian family only spends 30 % of the total consumption through card purchases. The market opportunity which SCF Brazil is exploiting was created in 2010 due to new regulation from the Brazilian Central Bank for the Acquirers in the market. The doors were opened for a dramatic change in the card acquiring market where the banks lost their strangle-hold on the Acquirers, thus allowing for the entry of competition and the obligation for the Acquirers to accept any brand of credit and debit cards.

Despite these reforms for the opening of the acquiring market, the two main Acquirers, Cielo and Rede, continue to dominate the market processing about 90 % of all card transactions in Brazil. The opportunity for speedy and profitable growth for a new well-funded Sub-Acquirer like SCF Brazil is, hence, huge.

The main opportunity for SCF Brazil is to provide finance to Merchants as the Brazilian credit card market is plagued by extremely long settlement periods for transactions. The norm is that the issuing bank will pay the Merchant thirty days after a purchase was made. This cash-flow problem for the Merchants is exacerbated by the heavy use of instalment

credit. It is quite common that even small ticket items like a pair of sneakers are paid in ten monthly installments. Due to these Brazilian specific market quirks, there is huge demand for short-term trade finance among Merchants selling goods and services paid by credit cards.

SCF Brazil has now one year after inception thousands of its own Point of Sales machines in bars, restaurants, hotels, retailers and service providers which are in need of receivables financing in the credit starved Brazilian market. On top of the receivables discounting service, SCF Brazil provides a complete proprietary banking replacement platform, where the Merchant can manage all its transactions, pay invoices, transfer money and even make payments by sms. SCF is continuously developing its finance and technology offerings together with the Merchants as well as exploring to expand geographically beyond the São Paulo base.