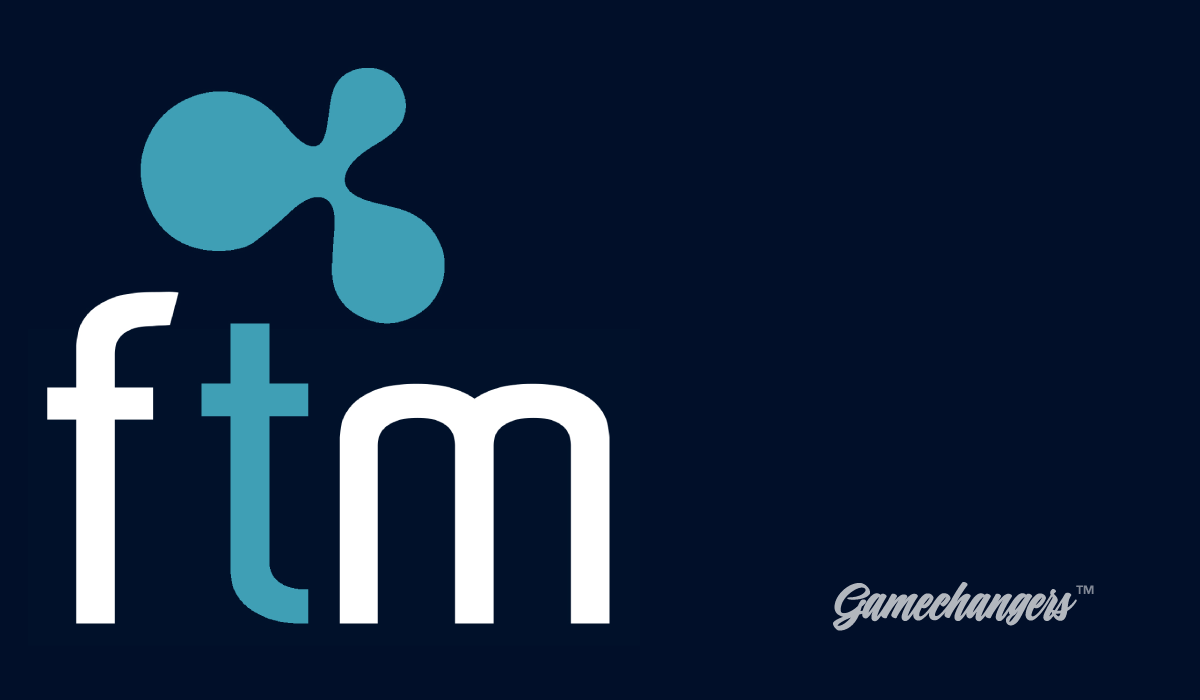 During the darkest days of the global financial crisis (GFC) one thought kept going through my mind. What if the only way to beat the market was to “Forget the Market?”. Honestly, just then all I wanted to do was forget the market. I was terrified of what the new trading day would bring. Everywhere I looked, it was a sea of red and the concept of diversification didn’t mean a dam thing! Established market, emerging market, none of it offered protection for my clients. Previously uncorrelated assets fell in tandem and there was literally nowhere to hide.

Up until the GFC I thought investing was relatively easy: simply pick the next up and coming emerging market fund from Russia, China or India, throw in some main stream market equites, some bonds, some futures and maybe even an arbitrage fund, take a long term buy and hold approach and based on past performance, you were set.

Unfortunately, the value of a good fund manager isn’t really evident until everything turns to custard. Up until late 2007, virtually every fund manager was a genius as they kept making money for their clients …….. until they didn’t. That’s when I learnt the hard truth that you could only find which fund manager was actually worth their salt in a downturn and no, the fact that you lost less than everyone else did not necessary make you a good fund manager. In truth, most failed the task miserably.

So I lay awake at night in a cold sweat, wondering what I could have done differently, with that same thought churning over and over in my mind “Forget the Market”! Seriously, I wanted nothing more than to get rid of that lump in my throat. To get out from under that elephant sitting on my chest as I went into the office.

Could it really be that simple? Was there really another way to invest? What if you could generate returns similar to the long-term market averages but without investing in the market? Was it even possible to contemplate such a crazy idea? So I set out to examine every type of investment strategy I could find, to see what worked and also dug into what didn’t work and why. My mission was simple: to create an investment strategy that could match the market long term averages but not be at the mercy of them. One in which my friends, family and clients (that were still speaking to me), could invest in without sleepless nights and avoid these horrific market drops. It seemed really simple. All I had to do was not lose money so that any profits generated weren’t wasted on trying to claw back past losses. Oh, and I wanted it be capital secured too.

Honestly, there was no point doing what everyone else was doing because then we would just end up in crowded trades and eventually, if history was any guide, we would wind up going through another massive downturn. After all, Wall Street had already lost over 45% of the typical investor’s money TWICE over the past 17 years. And if you lose 45% you need a gain of 81.8% just to break even. To me the saner alternative was never to take the loss in the first place.Then I stumbled upon an investment strategy that had been used since 1996 and never ever had a negative year. That meant it survived the Russian Default and LTCM Bailout of 1998, the Tech Wreck of 1999, recession of 2000 and the GFC of 2007-2009 and it never missed a beat.

The Birth of FTM

From the time of its inception we knew FTM was something really different. Even our logo is out there, it’s a light bulb with legs signifying a great idea with room to run. Our mission statement is “A new breed of financial thinking”. So, in March 2010 FTM Class A was opened to the public and since that time it has notched up 78 positive months in a row for a total return, net of fees, of 72.84% and an annualized return of 8.75%. All done without any leverage at all while adhering to every single criterion outlined above. There is something seriously liberating not being tied to the whims of central bankers and policy makers and being able to go to sleep without worrying what the new trading day will bring.

How does FTM work? The predominant investment strategy used by FTM was born out of an opportunity to exploit the inefficiencies of the US medical system when it comes to the delays incurred by doctors, hospitals and medical practitioners in the payment for treatment of personal injury cases. Today, more than ever, cash flow is the key to meeting operating costs and, in an effort to speed up the payment process, doctors, hospitals and medical practitioners are willing to accept less now instead of waiting years for payment. It is this that enables FTM to fund the purchase of discounted medical receivables and, by assuming the risk, generate a substantial return. The majority of the research and direct purchase of the receivables is done via a Medical Accounts Receivables company which is, for want of a better word, a “go between” between an insurance company and a medical patient.

Imagine the following example. There is a car accident, with the result that the injured party (who is not at fault) will require back surgery. Now, as long as we can prove that they are not at fault, that this is not a pre-existing condition and that the policy limit is sufficient to warrant it, then the receivables company will fund the operation now and collect from the insurance company upon settlement. In the meantime the receivables company places a lien against the insurance proceeds.

The medical procedures covered would have taken place eventually with or without the intervention of the receivables company but, by providing the funding, the operation can happen sooner and the injured party can resume a normal life much faster. The hospitals also provide the surgery at a discount, because they get paid sooner instead of having to wait years for the settlement of the claim.

This is similar, in principle, to accounts receivables factoring, but with a critical difference. In traditional factoring a company buys a large pool of debt and simply hopes that enough will be paid to ensure a profit. In our case, the Medical Accounts Receivables Company pick and choose the cases they wish to fund and, on average, four out of every five cases reviewed are rejected. Additionally, the receivables company aims for an average purchase price of 33 cents on the dollar as investor safety is paramount. It should also be remembered that the payer is an insurance company, not a patient or hospital. The

FTM Difference The truth is, you work hard for your money and the only reason to invest is to make it grow over time so you can improve your living standard or have a less stressful retirement. Either way we created FTM to help not to hinder. Personally, I believe a lot of fund managers would do better if they approached investing this way and maybe the hedge fund industry in general wouldn’t be getting as much negative press.

You may have heard of the $1,000,000 bet between Warren Buffett (one of the world’s greatest investors) and Ted Seides (a famous Hedge Fund manager) with the proceeds being donated to charity.

The bet is for 10 years with Warren Buffett betting that a low cost index fund (Vanguard 500 Index Fund Admiral Shares) will outperform the collective performance of the group of five hedge funds selected by Seides. Well here we are a little over eight years into the bet and the index fund is up almost 66% while the hedge funds are up around 22% for the same time.

So, I wondered how FTM Class A would compare over the same time frame as we are up 68.22% in a little over six years. Assuming FTM Class A continued with its annualised return of 8.74%, the return for the 8 years would be 80.23% and that’s with less than 1% exposed to the market.Then I thought I would compare FTM Class A performance against the major market indices from January 1st 2016 to June 30th 2016 as the markets have had a pretty tough run so far this year. In fact, the reality is that most markets have gone nowhere for the past two years.

The investment landscape has changed 15 years ago you would simply ask your client how much they wanted to live off in their retirement. If they said $50,000 a year, then you knew they needed to grow their investments to $1,000,000 and then they could simply put that $1,000,000 in the bank and get $50,000 a year to live off without eating away at the principal. Now there are five countries with negative interest rates and many more at zero. Exactly how much money do you need to accumulate so that you can earn interest of $50,000 a year in a zero interest world? According to the Financial Times, more than $11.7 trillion of government bonds worldwide offer yields below zero.

So, if you are interested in finding out more about an investment strategy that is: I watched the Brexit drama unfold live and, to me, it was more exciting than any Hollywood blockbuster packed with drama and suspense. I really felt for investors at the mercy of the wild market swings having to come to terms with a 27-member European Union (at least for now) facing the biggest shock to Europe since the fall of the Berlin wall.

As you would expect there was panic selling across the board and now the biggest dilemma for investors is how and where to invest in this topsy-turvey world. One in which down is up and up is down. Where investors seemingly happily invest money knowing full well they will get less back and in which zero interest and even negative interest is the norm. An investment landscape that will be prone to massive volatility and uncertainly as markets pendulum back and forth with each and every new plot twist.

I may well be one of very few fund managers that didn’t get a single redemption request, panicked email or even a question about how Brexit would affect FTM. The reason for this is that, in the aftermath of the global financial crisis, I vowed never to be at the mercy of the market again and I set out to devise an investment strategy that could match the market long term averages but not be at the mercy of them.

One in which my friends, family and clients, could invest without sleepless nights and avoid these horrific market drops. It seemed really simple. All I had to do was not lose money so that any profits generated weren’t wasted on trying to claw back past losses. Oh, and I wanted it be capital secured too!

Launched in March 2010, we believe FTM has well and truly achieved what it set out to do. In fact, looking at the 3 most uncertain periods over the past 12 months in the markets illustrates exactly what I mean.

And this lack of volatility and ability to generate a profit in the face of adversity isn’t confined to the three instances above. Since inception in March 2010, FTM Class A has notched up 76 positive months in a row for a total return, net of fees, of 70.21% and an annualized return of 8.74%. All done without any leverage at all.