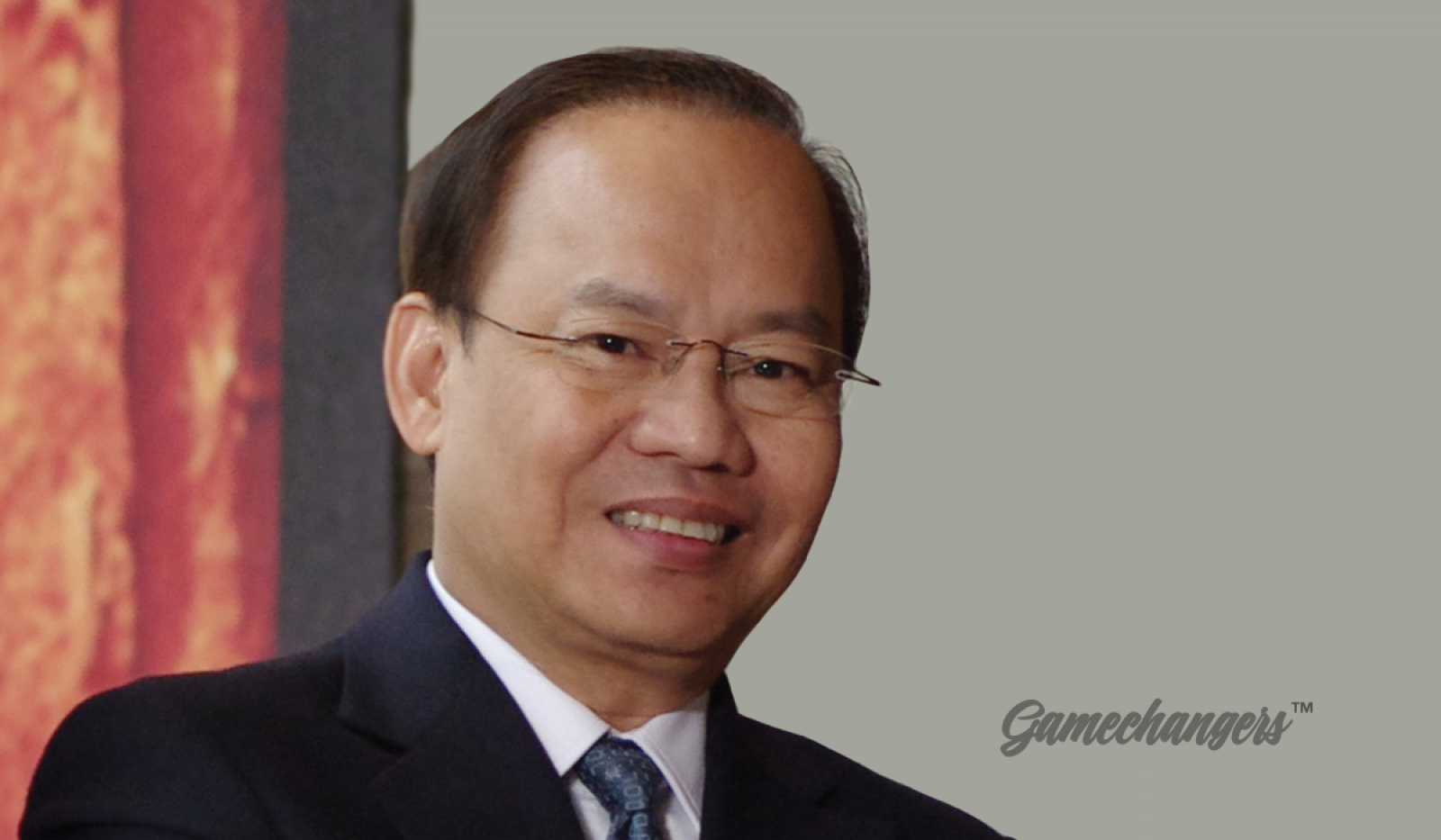 Mr. Marcelo graduated in 1979 among the top of his class the University of the Philippines College of Law and placed fifth among the lawyers who passed the mandatory bar examinations conducted by the Supreme Court. While studying at the University of the Philippines-College of Law, he was the recipient of the Crispin Llamado Scholarship Award. Despite keeping a very low profile, Mr. Marcelo, after a very distinguished legal career spanning twenty (20) years [with top corporations and then incumbent President Fidel V. Ramos as clients] was already acknowledged in the legal and business circles as one of the country’s top litigators. Mr. Marcelo caught national public attention during the 2000 impeachment proceedings against then President Estrada when he was chosen to handle the presentation of the prosecution’s star witness. Subsequently, Mr. Marcelo was appointed as Solicitors General in February 2001: unlike in most countries the Philippine Solicitor General serves as the government’s principal lawyer and is independent of and with the same rank as the Secretary of Justice. As Solicitor General, his exceptional focus on the neglected ill-gotten wealth cases against the Marcoses and their cronies resulted in the recovery of ill-gotten wealth amounting to at least PhP130 Billion, compared to the measly PhP26 Billionill-gotten wealth recovered since February 1986.

Having won all of his major cases, he is considered one of the most successful Solicitor General. (Philippine Graphic, 15 October 2007, pages 24-15) These accomplishments led to his subsequent appointment in October 2002 as the youngest head of the constitutionally-created independent anti-corruption body - the Office of the Ombudsman.

Despite the severe lack of resources, he was able to pursue an effective crusade against corruption, earning praises from foreign and local media, including the Philippines’ normally critical newspapers. The Washington Post stated that Mr. Marcelo actively pursued a crusade, “taking on the most powerful vested and entrenched interests in a country that perennially ranks among the worlds’ most corrupt xxx”, “targeting the most corrupt agencies, daring to prosecute even members of the historically untouchable military.” (10 June 2005, at page A14) As Ombudsman, he also led the prosecution team that secured the first-ever conviction of a former President, known as the “Trial of the Century”, for grave corruption.

When he resigned effective 30 November 2005, a well-respected journalist wrote: “Exasperated by political infighting, George Washington wrote: ‘Few have the virtue to withstand the highest bidder.’ Simeon Marcelo had what it took. International and local observers agree on that.

Street yokels, like us, got a first close look at this 1979 topnotcher during the Estrada impeachment trial. People liked what they saw then: a talented comer without guile. In Adlai Stevenson’s words, he could ‘lead a cavalry charge without feeling funny astride a horse.’”(Philippine Daily Inquirer, Juan Mercado, 20 October 2005, at page A12)

In January 2008, Mr. Marcelo returned to private practice. He was described by two publications as “perhaps the country’s best litigator”. (The Philippine Starweek dated 17 February 2008, p. 5; Metro Society dated 02 October 2009, p. 168) Immediately thereafter, his legal services were engaged by the largest broadcasting company to serve as the defense counsel of its President and Executive Vice President who were facing a criminal indictment in court.

Even prior to trial, Mr. Marcelo was able to cause the dismissal of their criminal cases. Just several weeks later, he became the counsel of the biggest local power utility to defend it against a hostile takeover. The hostile takeover was defeated despite the fact that it was led by the government’s Pension Fund allegedly with covert assistance of one of the largest companies in the Philippines and the Palace. Subsequently, he was tapped by the Bangko Sentral ng Pilipinas (Central Bank) to prosecute before the Department of Justice persons responsible for the biggest bank fraud case in the country’s history. He and his team of tax litigators were engaged by one of the country’s leading companies to represent it against the Bureau of Internal Revenue and Bureau of Customs in a multi-billion tax collection suit. In 2014, taking over from another law office, Mr. Marcelo and his tax litigators were able to persuade the Supreme Court to reverse its original Decision and render a new one in favor of their client, annulling the assessment of excise taxes on its aviation jet fuel sales to international carriers, which was costing it around Php 100 Million annually since 2001. Last year, another related case was won by Mr. Marcelo in the Supreme Court. This year, he led his tax litigators team in winning multi-billion case in the Supreme Court.

In 1982, Mr. Marcelo decided to develop anexpertise in the rehabilitation and liquidation of financially distressed companies considering the severe economic crisis of the Philippines. After only a year, Mr. Marcelo was already handling the biggest rehabilitation cases then pending at the Securities and Exchange Commission. He headed the team of lawyers that advised the consortium of bank creditors of Pilipino Telephone Company, the cellular company of the biggest telecommunication company in the country, during the successful negotiation for an acceptable restructuring agreement. He was also the legal adviser of Lopez Holdings Corporation during the successful negotiations with its foreign creditors a few years ago.

In 2013 to 2014, he served as an arbitrator of the ICC Arbitral Tribunal that resolved two related disputes which arose from allegations of public corruption. The following year, he headed the legal panel that secured a favorable award in an important construction arbitration dispute. Subsequently, he became the Chairman of the Tribunal that handled a very significant international arbitration case.

Mr. Marcelo served as the Executive Secretary of the Asian Development Bank Administrative Tribunal from 2007 to 2010 and was a Professor of Evidence of one of the leading law schools from 2006 to 2008 and another leading law school at present.

From September 2008 to June 2014, he served as one of the four members of the World Bank’s Independent Advisory Board, which provided advice on good governance and effective anti-corruption measures to the Bank’s President, Audit Committee and Department of Integrity. Mr. Marcelo was also appointed in late 2012 by the Supreme Court as a member of the Core Committee (and Content Chairperson – Special Remedies During Trial) which was tasked with the drafting of the new Rules of Civil Procedure.

Mr. Marcelo served as the President of the Philippine Bar Association from 2009 to 2010, the country’s oldest and largest voluntary organization of lawyers. The University of the Philippines Alumni Association, during its 2013 Centennial Year, conferred upon Mr. Marcelo the Distinguished Alumni Award in Public Service. Currently, he is the legal counsel in numerous high-profile cases in various courts, including the Supreme Court, aside from being active in the field of arbitration and in the good governance movement.

Because of his vast experience as the former head of the Philippines’ anti-corruption body and as principal adviser of the World Bank on good governance and his continuing active participation in the anti-corruption movement in the country, he is the arbitrator/counsel of choice for arbitral disputes involving public/private corruption, corporate fraud, and money laundering.

Cruz Marcelo & Tenefrancia (CMTLaw) to establish a legal professional partnership anchored on a commitment to build a lasting legal institution that will carry on the values of professionalism, meritocracy, innovation and mutual respect. Its leadership team is rich in public and private sector experience, including service in the Philippine president’s cabinet and ombudsman’s office, as well as in international organizations such as the World Bank and the Asian Development Bank.

Consequently, its core partnership values translate into governance principles and are both integral to ensuring that its lawyers are able to deliver the highest quality of legal service to help its clients attain business success, as well as contribute to nation building. CMTLaw has, through its members, more than three decades of engagement and expertise in Litigation & Dispute Resolution, Corporate & Special Projects, Mining & Natural Resources, Energy, Infrastructure Transportation & Public Utilities, Intellectual Property, and Taxation.

By matching arduous training with expansive experience coupled with recruiting and retaining top legal talents, CMTLAW, is able to deliver tailored solutions to its broad spectrum of clients that include high net worth individuals, start-up companies to established conglomerates, leading banking and financial institutions, multinational corporations, entire industries and even the Philippine Stock Exchange and government institutions like the Bangko Sentral ng Pilipinas.

Its Litigation Department has the widely recognized outstanding ability to wage coordinated and multi-pronged litigation campaigns. (CMTLaw’s senior partners have gained the reputation in their younger days for showing no reluctance in engaging in “bare-knuckled” litigation.)

Its dispute resolution lawyers boast an unmatched record of success in critical, high-stakes, must-win commercial disputes, and even in pro bono public interest cases (which are shunned by top-tier law offices).