The history of central banks 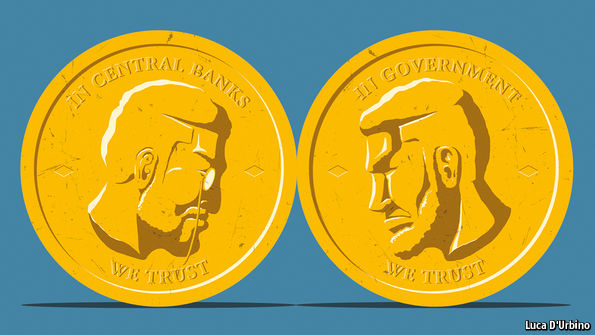 TWENTY years ago next month, the British government gave the Bank of England the freedom to set interest rates. That decision was part of a trend that made central bankers the most powerful financial actors on the planet, not only setting rates but also buying trillions of dollars’ worth of assets, targeting exchange rates and managing the economic cycle.

Although central banks have great independence now, the tide could turn again. Central bankers across the world have been criticised for overstepping their brief, having opined about broader issues (the Reserve Bank of India’s Raghuram Rajan on religious tolerance, the Bank of England’s Mark Carney on climate change). In some countries the fundamentals of monetary policy are under attack: Recep Tayyip Erdogan, the president of Turkey, has berated his central bank because of his belief that higher interest rates cause inflation. And central banks have been widely slated for propping up the financial sector, and denting savers’ incomes, in the wake of the financial crisis of 2007-08.

Such debate is almost as old as central banking itself. Over more than 300 years, the power of central banks has ebbed and flowed as...